I had a weird problem today when my perfectly indented code comments from Vi editor were looking like a mess in Geany.

The pound signs were all out of line though they look perfectly aligned when opened in Vi editor. Initially I thought that it was a problem with the tab settings in Geany. But after tweaking some of the tab settings did not produce any result, I noticed that spaces in Geany were having lesser width compared to other characters, which was the root of the problems. I found that the font that I was using in Geany was not fixed width. And for that I should use Mono variation of the fonts. So I changed the font setting in Edit > Preference > Interface > Fonts > Editor to below: 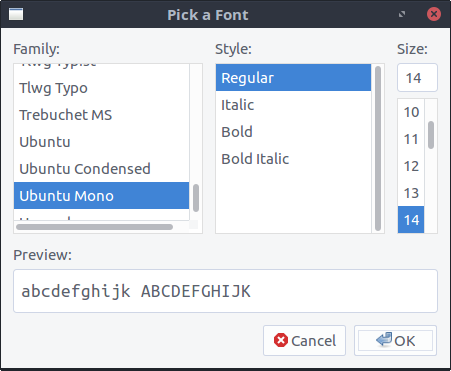 And after that, everything was perfectly aligned.